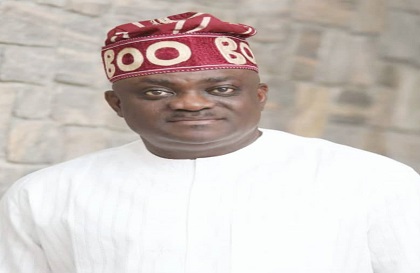 A member of the House of Representatives, Mr Oluwole Oke, says the introduction of a parliamentary system of government in the administration of local government areas in Osun “is unconstitutional”.

Oke, who represents Obokun/Oriade Federal Constituency of Osun, made the remarks in a statement issued on Sunday in Abuja.

He said the current system at the Local Government Areas in Osun was an aberration, which should be dispensed without further delay.

The Rep enjoined the Osun State House of Assembly, in conjunction with the state executive, “to ensure a speedy reversal of the obnoxious system in order not to bungle the spread of dividends of democracy in the state”.

According to him, the parliamentary system of government under the country’s presidential system is a misnomer, which “has been brewing crises upon crises across the length and breadth of the state”.

The lawmaker said, “If any other law is inconsistent with the provisions of this constitution, the constitution shall prevail and other law shall, to the extent of the inconsistency, be void.

“The system is an affront to the Federal Government; there should be uniformity of purpose in the system of government.

“As it is the case in Osun today, governance at the local government level is a bundle of confusion, which is not doing the citizenry any good.

“If the federal government has favoured parliamentary system of government, such will have been the ground norm of our constitution."

The Peoples Democratic Party’s lawmaker observed that the contextual provision of the constitution was not in agreement with the law of the land, which made it a mere criminal approach to governance with impunity.